“When I die, I will decidedly not be regretting missed opportunities for a good time. My regrets will be more along the lines of a sad list of people hurt, people let down, assets wasted and advantages squandered,” he wrote in Kitchen Confidential: Adventures in the Culinary Underbelly

“I’ll be right here. Until they drag me off the line. I’m not going anywhere. I hope. It’s been an adventure. We took some casualties over the years. Things got broken. Things got lost. But I wouldn’t have missed it for the world.”

“Travel changes you. As you move through this life and this world you change things slightly, you leave marks behind, however small. And in return, life—and travel—leaves marks on you.”

“Do we really want to travel in hermetically sealed popemobiles through the rural provinces of France, Mexico and the Far East, eating only in Hard Rock Cafes and McDonalds? Or do we want to eat without fear, tearing into the local stew, the humble taqueria’s mystery meat, the sincerely offered gift of a lightly grilled fish head? I know what I want. I want it all. I want to try everything once.”

“If you’re twenty-two, physically fit, hungry to learn and be better, I urge you to travel – as far and as widely as possible. Sleep on floors if you have to. Find out how other people live and eat and cook. Learn from them – wherever you go.”

“If I’m an advocate for anything, it’s to move. As far as you can, as much as you can. Across the ocean, or simply across the river. The extent to which you can walk in someone else’s shoes or at least eat their food, it’s a plus for everybody.

Open your mind, get up off the couch, move.”

“I’ve long believed that good food, good eating, is all about risk. Whether we’re talking about unpasteurized Stilton, raw oysters or working for organized crime ‘associates,’ food, for me, has always been an adventure”

“I wanted adventures. I wanted to go up the Nung river to the heart of darkness in Cambodia. I wanted to ride out into a desert on camelback, sand and dunes in every direction, eat whole roasted lamb with my fingers. I wanted to kick snow off my boots in a Mafiya nightclub in Russia. I wanted to play with automatic weapons in Phnom Penh, recapture the past in a small oyster village in France, step into a seedy neon-lit pulqueria in rural Mexico. I wanted to run roadblocks in the middle of the night, blowing past angry militia with a handful of hurled Marlboro packs, experience fear, excitement, wonder. I wanted kicks – the kind of melodramatic thrills and chills I’d yearned for since childhood, the kind of adventure I’d found as a little boy in the pages of my Tintin comic books. I wanted to see the world – and I wanted the world to be just like the movies”

“But I do think the idea that basic cooking skills are a virtue, that the ability to feed yourself and a few others with proficiency should be taught to every young man and woman as a fundamental skill, should become as vital to growing up as learning to wipe one’s own ass, cross the street by oneself, or be trusted with money.” 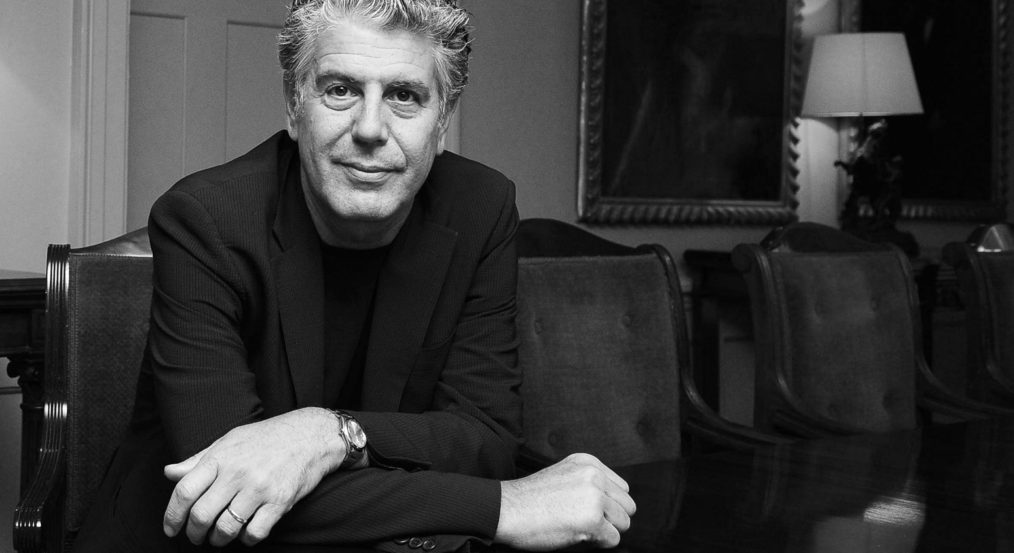